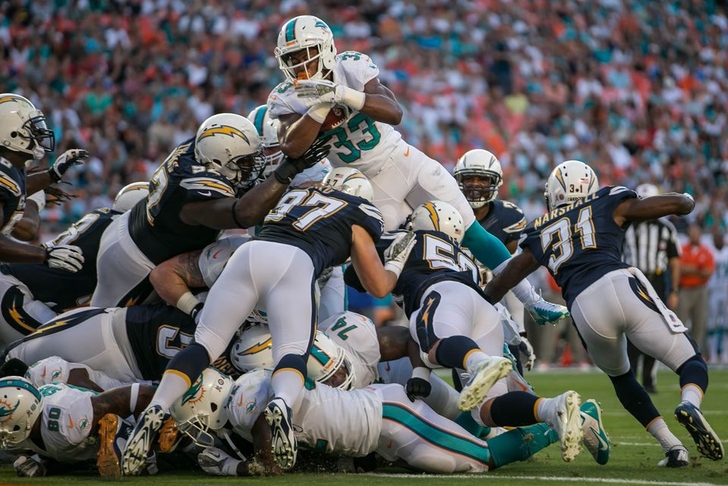 The Chargers never woke up for this early East Coast start, as the Dolphins blew away San Diego on both sides of the ball.

Phillip Rivers had three interceptions and the offense mustered just 178 yards of total offense. Miami was led by another strong performance from Ryan Tannehill, as they played their most complete game of the season.

Turning Point: The game was essentially decided by halftime, as Miami took a 20-0 lead into the locker room. Things never got any better for the Chargers, as the Dolphins came out and hung another 17 points on the board and secured the shutout in the second half.

Chargers MVP: San Diego had nothing going for them in this one, as the offense turned the ball over three times, putting up zero points and the defense allowed 37 points. Needless to say, San Diego would rather just forget about this one.

Tannehill continues to show some dual-threat ability, as he threw three touchdowns but added a couple of nice runs with his legs. He continues to improve in his third NFL season.

The Chargers will head into a bye week before facing the Raiders on November 16th. The Dolphins will travel to Detroit to face the Lions.