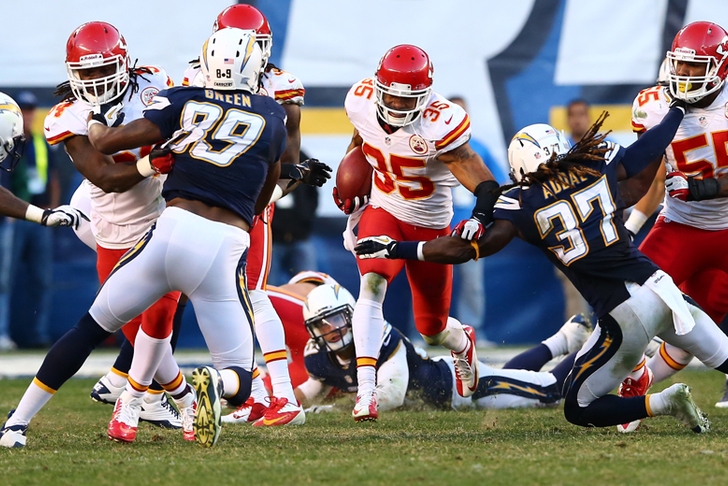 The Chargers were one of the hottest teams in the NFL coming into Sunday's game against the Chiefs.

They stumbled for the first time since their Week One loss at Arizona, as Kansas City used ball control and defense to slow down the Chargers attack, coming away with a last second victory.

The Chargers drove down the field and tied the game with under two minutes to go. The Chiefs took the ball 62 yards and kicked the game-winning field goal from 48 yards out with just 21 seconds to go, pulling off the upset in San Diego.

The Chiefs dominated the time of possession, holding the ball for nearly 39 minutes. As a result, Kansas City ran 69 plays compared to just 49 for San Diego.

The Chargers offense never had many opportunities to possess the ball, but Rivers still looked good and continued his impressive beginning to the 2014 season. He now has 17 touchdowns on the year.

Charles became the franchise's leading rusher with today's effort, passing Priest Holmes and going over 6,000 career yards as a Chief.

The Chargers head to Denver to take on the Broncos in a Thursday night showdown for first place in the AFC West. The Chiefs host the Rams in a battle of Missouri teams.