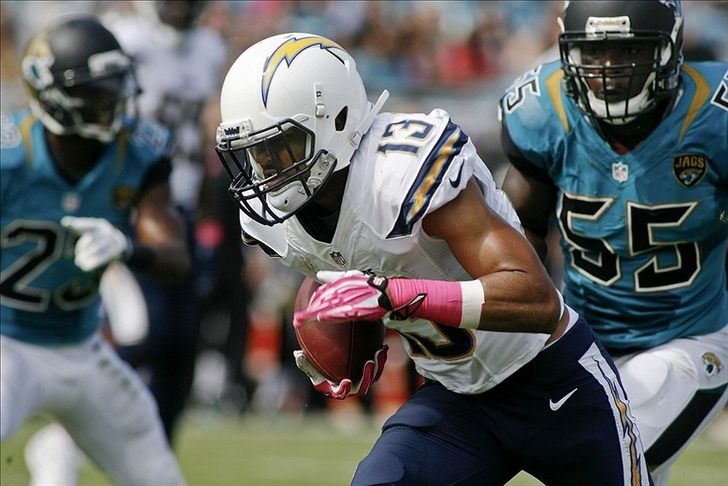 Blake Bortles played well in his first half as a starter, keeping Jacksonville in the game heading into the half at 17-14.

Bortles was impressive in the start, going 29/37 for 253 yards with a touchdown and one interception.

Despite the amount of passes, Bortles did make a lot of safe throws as the Jaguars protected him in the gameplan.

Gerhart scored his first rushing touchdown as a Jaguar, though he only had 32 yards on 10 carries.

Phillip Rivers lit up the Jacksonville secondary, throwing for 377 yards and three touchdowns.

Keenan Allen turned in a huge game, reeling in 10 catches for 135 yards. He joined Eddie Royal (five receptions, 105 yards, two touchdowns) as a pair of 100 yard games from the receiver duo.

Turning Point: San Diego controlled the ball in the second half, tacking on 13 points without allowing the Jaguars to get anything going offensively.

By the time Jacksonville had a sustained drive, they found themselves down by double digits late in the fourth quarter.

1) Not surprisingly, Blake Bortles played better than Chad Henne would have, completing an efficient 29/37 passes. Most importantly, he didn't look overwhelmed or lost out there.

Bortles should absolutely be the Jags starter the rest of his rookie season, with a large margin for error.

2) Keenan Allen still exists. After a very quiet three weeks, Allen turned in his best performance of the season with a career high 10 receptions for 135 yards.

He will have to be a weapon with the Chargers running game currently ineffective.

The Chargers host the New York Jets, while Jacksonville hosts the Steelers