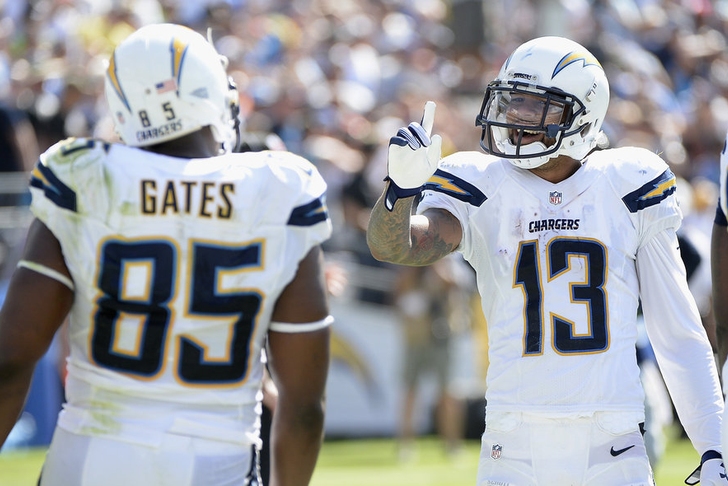 San Diego took a 21-0 lead into halftime and came out rolling, scoring a touchdown on a Phillip Rivers to Branden Oliver pass on the second drive of the half to extend the lead to 28-0.

With Geno Smith benched, the Jets were led by veteran Michael Vick for the second half. He didn't fare much better, though with a terrible offensive line performance, no one had a chance to succeed for the Jets.

Vick finished 9/20 for 47 yards, and rushed for 14 on two attempt. He did throw a touchdown pass that got called back on a penalty.

Turning Point: Down by 21 points at the half, the Jets decided to go with Michael Vick at quarterback, benching the struggling Geno Smith.

While that did nothing to change the outcome of the game, it's possible that Vick is now the Jets starter for the rest of the year as long as he performs better than Smith did the first four weeks.

Jets MVP: This was one of the worst offensive games in Jets history. Needless to say, there was no player who deserves praise in this one.

Chargers MVP: Branden Oliver - 19 carries, 114 yards and one touchdown, four catches for 68 yards and a score.

With no other healthy running backs, Oliver was forced to take the workload in the second half. He came up huge, and now looks like the favorite to lead the Chargers backfield until Ryan Matthews returns.

The Chargers will be 4-1 with a game at Oakland coming up. You can never guarantee a win in today's NFL, but facing a winless Raiders team who just fired their head coach, San Diego could be looking at a 5-1 start to the season.

The Jets will host the Broncos next week. Whether it's Smith or Vick under center remains to be seen, but either way New York is looking at a quarterback controversy unless Smith miraculously turns his performance around.