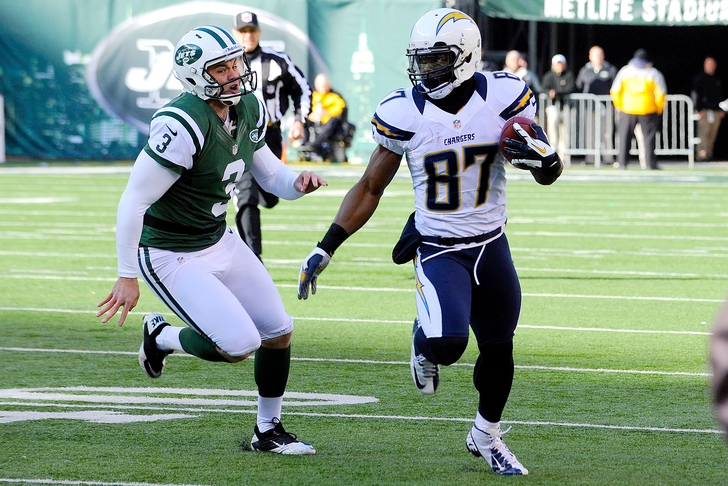 Phillip Rivers found Antonio Gates for an early touchdown, giving the Chargers a 7-0 lead against a struggling Jets offense.

Amid rumblings of losing the starting job, Geno Smith got the start, though he once again looked overmatched against the Chargers defense.

Having top receiver Eric Decker inactive for this game didn't help his cause.

San Diego recovered a Chris Johnson fumble inside the Jets 20 yard line, leading to another Gates touchdown grab in the second quarter.

Biggest Surprise: With Donald Brown headed to the locker room, the Chargers are down to undrafted rookie Branden Oliver at running back.

He began the season as the fourth string runner, but with injuries to Ryan Matthews, Danny Woodhead and Donald Brown over the last three weeks, Oliver may carry the load for at least the rest of this game.

Jets MVP: The Jets did nothing in the first half. There is no MVP for a team that gained just 60 yards of offense.

Who Has the Edge?

With a xx lead against a young quarterback on a struggling offense, the Chargers have the Jets right where they want them at the half.

San Diego needs to play defense and have Rivers and the offense manage the game in the second half and they should pull out the victory.