Hal Hunter to OC - Is Something Amiss at Chargers Park? 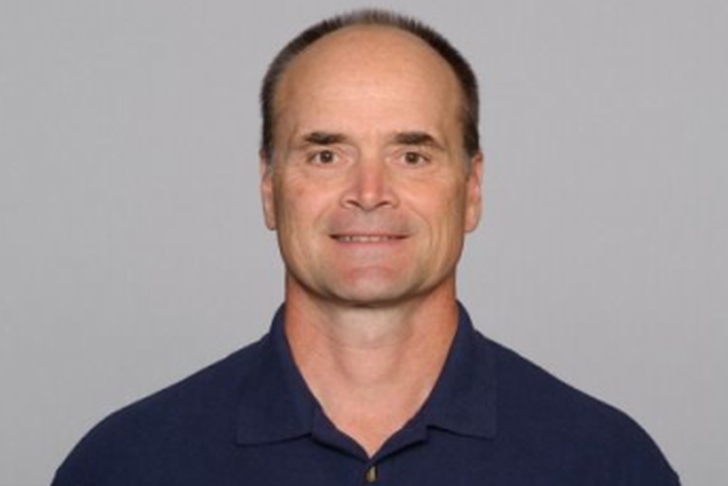 Ladies and gentlemen, boys and girls…

How y’all doing on this fine Thursday? Good I hope. I apologize for not presenting you with new material yesterday, but the SOPA/PIPA issue is extremely important to me and, in all likelihood, many, many of you (note: if you like YouTube, tumblr, wordpress, or any other free internet media platform, this IS an important issue). If you haven’t heard, both bills have lost a significant number of co-sponsors in both houses of congress, which is a huge victory for the internet.

Therefore, on with the show!

Previous to the promotion, Hunter had not only coached the o-line for five years with San Diego, but had a good career in college, where he served as offensive coordinator at Indiana, as well as assistant and interim head coach for LSU. I have no doubt in his ability to take care of business in light of his resume (which is, again, the same opinion I have of Pagano, who has done an admirable job with the linebackers).

I wonder, though, about two things:

Let’s take them one at a time.

It may be a product of being an outsider on the offensive ‘process’, but it seemed to me that the issue last year wasn’t so much about how the offense performed but about the play-call sequences that they were often given.

The Chargers proved that they were perfectly capable of moving the ball down the field, but it often seemed as though the plays got bland and predictable, which is why the Chargers often started off hot and only cooled off throughout the game.

As the offensive play-caller, that is Norv Turner’s fault, and no one elses. Ultimately, a change in who takes care of offensive practices and whatnot will not affect the way a person calls plays in game.

Who knows, though, perhaps I’m wrong. At the very least, Hunter has a background that suggests that he can have an impact. I also like his offensive line background, because it leads me to believe that we might finally see a return of power running in San Diego.

The more important issue of the two, though, is this: Is it an indication of issues within the Chargers camp that San Diego has not sought out big name coordinators, but instead hired from within?

Think about the logic like this: one of the main sticking points in the decision about retaining Norv Turner a couple of weeks ago was that his staff had all received extensions, and would therefore necessitate a big payout should they all be terminated (a roughly $40 million payout to be exact). With that in mind, Dean Spanos decides to hold on to Turner. That’s the part of the story line that we know.

Now, but promoting both Pagano and Hunter to coordinator spots, it allows the organization to renegotiate contracts without paying anything out, and makes it much easier for San Diego to clean house should next season not go the way they want it to.

Perhaps it’s reading too far into the situation.

Perhaps it’s not. Who knows.

At the very least, we know that San Diego will be operating with first-time professional coordinators next year, and that could really only go two ways: really well or really poorly.

Only time will tell.

Come back tomorrow when I present the article that I originally promised you for today: Free Agent Showdown No. 2 – Mike Tolbert Versus the Salary Cap. Until then, you all know what I ask from you. If you enjoyed the article, please like it, repost it on facebook, tweet it, e-mail it to your friends, shout my name from a mountain top, or use whatever other means you have to spread the word. It is more than much appreciated. You can also feel free to follow me (aka ChatChargers) on Twitter, where I will keep you updated with all things Charger related (twitter.com/ChatChargers). Until next time folks, all the best.