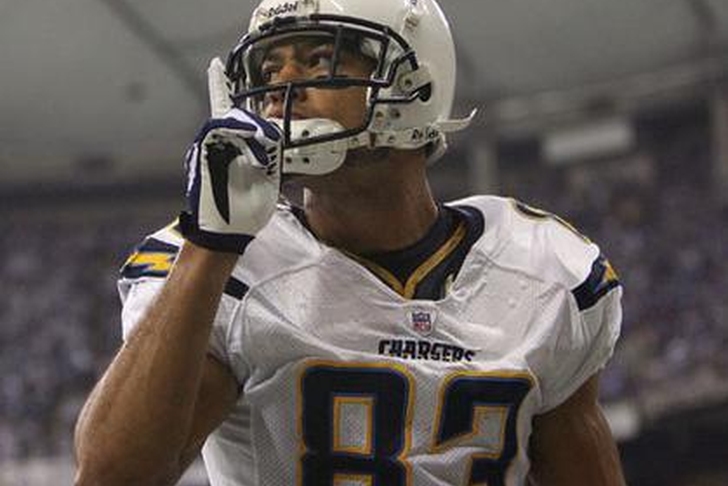 Ladies and Gents, boys and girls, welcome back! It’s good to see so many familiar faces back in the audience….

Right, on with it then I suppose.

As you can tell, this is the first installment in the horribly-named Free Agency Showdowns, a hopefully recurring series of articles where I, the apple of your eye, break down some key free agency battles, decisions, or boondoggles that will ultimately shape the months leading up to the NFL Draft for the San Diego Chargers. For our first installment (again if you haven’t noticed), I will focus on everyone’s favorite troubled WR Vincent Jackson, whose fate is currently in the hands of general manager AJ Smith.

So, on with the show.

You all know who Vincent Jackson is, right? Just checking, because since throwing a fit in the 2010 offseason when he refused to sign his RFA tender and then throwing ANOTHER fit when he shut down a contract extension and begrudgingly accepted the franchise tag, he hasn’t done much of anything (partly because of the generally abysmal level of play attained by the Chargers’ passing offense). In any case, the enigmatic Jackson is finally set to become an unrestricted free agent this year, and could be quite a hot commodity on the open market, considering just how many teams need a star wide receiver, a list that includes, well, San Diego.

Chargers fans are confused about a lot of things these days, but I haven’t spoken to a single person that doesn’t believe that Vincent Jackson should be re-signed. And I agree.

Plainly put, Vincent Jackson is a talent that the Chargers simply aren’t prepared to lose. Considering that San Diego’s No. 2 wide receiver Malcom Floyd also becomes a free agent this year, the Chargers could end up losing both if they decide to walk on Jackson and aren’t willing to pay out for Floyd. And with a 3-6 depth chart that includes Patrick Crayton, Vincent Brown and Bryan Walters, it’s obvious that San Diego really needs a star wide-out, especially in light of Philip River’s struggles.

From AJ Smith’s perspective though, it remains a risky investment.

It is clear that Vincent Jackson has not been the same difference-maker over the last two seasons as he attempted to negotiate a new contract with San Diego, which some point to as the reason why left tackle Marcus McNeill got priority in the race for big, new contract. That and, of course, the multiple DUIs, which only puts V-Jax in a more precarious position.

Coupled with talk that Smith has come out and said that the Chargers would NOT use the franchise tag again on Vincent Jackson in 2012, it looks like we’re in a bad way.

There seems to be a cut-and-dry logic to this situation right now, which I will kindly distill to bullet points:

In my most humble opinion, San Diego will only continue to go downhill without Vincent Jackson despite his apparent off-field issues and performance problems. As to who wins out in the battle, though, my bet is, unfortunately, on AJ Smith. When it comes to general managers who like to have it there way, Smith tops the list, and that makes him a tad unpredictable in this kind of situation. Just try not to be too surprised if the Chargers have seen the last days of No. 83 in the powder blues.

Come back on Wednesday, when we’ll continue this same talk, but with everyone’s favorite large-and-in-charge running back Mike Tolbert. Until then, you know the drill: If you liked the article, please please PLEASE like it on facebook, repost it, tweet it, e-mail it, etc., etc., it would help tremendously. Until next time, all the best friends, see you in two days.