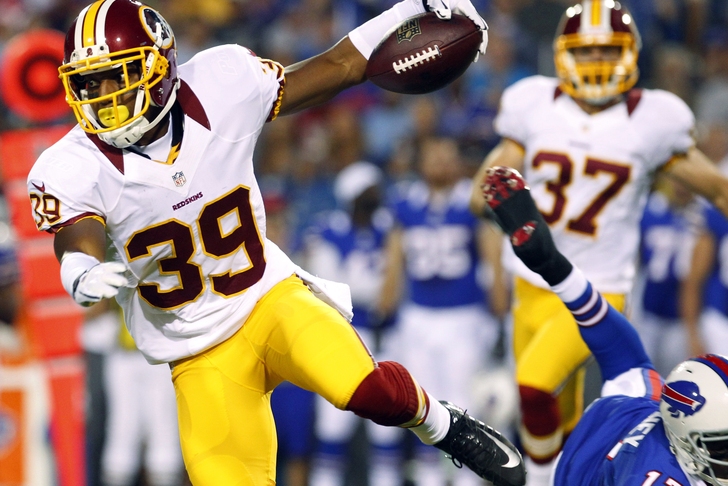 Just hours after releasing veteran cornerbacc Richard Marshall, the San Diego Chargers have agreed to terms with another CB, Richard Crawford, per Michael Gehlken of the San Diego Union-Tribune.

A seventh-round pick of the Washington Redskins in 2012, the 24-year-old Crawford played 10 games in his rookie season, amassing 18 tackles and one interception.

He missed the entire 2013 NFL season, however, with an ACL tear.

According to Mike Wilkening of NBC's Pro Football Talk, "Crawford (5-11, 192) was waived by Washington at the end of the 2014 preseason. Washington re-signed him on Sept. 29, and he was on the roster for the Oct. 6 loss to Seattle, but he was among the club’s inactives. Washington waived him two days later."

With Jason Verrett (shoulder) and Brandon Flowers (concussion) still working their way back, the Chargers hope Crawford's presence will give the secondary a needed influx of both youth and energy to sustain the team through its injury woes.