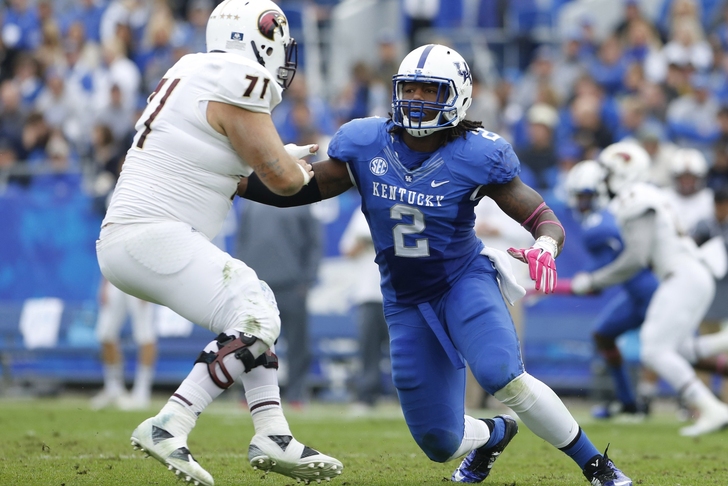 The San Diego Chargers are looking to the 2015 NFL Draft in hopes of adding a major piece to their pass rush, and they may have found one of their top targets.

Per Chase Goodbread of NFL.com, "count the San Diego Chargers, Cincinnati Bengals and San Francisco 49ers among the NFL teams that have shown draft interest in Kentucky pass rusher Bud Dupree, who went through the Wildcats' pro-day event on Thursday."

Dupree mentioned all three of those teams by name to reporters as teams he's met with. There are other teams that Dupree has spoken with as well, but he couldn't recall the whole list, per Jen Smith of the Lexington (Ky.) Herald-Leader.

The 49ers (#15), Chargers (#17) and Bengals (#21) all select within six picks of each other in the first round of the 2015 NFL Draft. Most of the elite projected pass rushers other than Dupree could be gone by then, meaning that Dupree could be a natural fit for San Diego if he falls in their lap at pick #17.