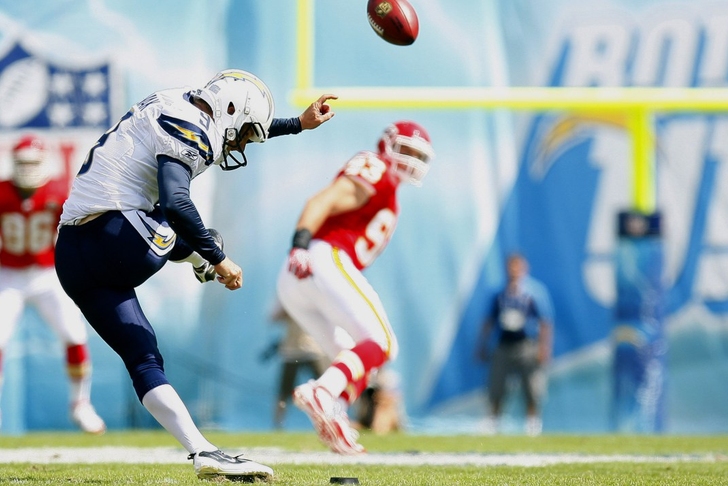 The San Diego Chargers were the victim of some short kicks and inconsistent kickoff coverage at the end of the 2014 NFL season, and it could lead to GM Tom Telesco considering a kickoff specialist somewhere down the road.

“I think one team did it this year, through the whole year, and that was Buffalo," Telesco said back on Dec. 30, via UT San Diego. "Denver did it late in the year. You can do it, but you have to take away from one position, which is not easy.

"Having a kickoff specialist is hard, it’s a maybe, and it’s one of those questions that will be addressed much further down the road. We just have to see where the roster is.”

The San Diego Chargers finished 29th out of 32 teams in 2014 in total special teams rankings, so expect the team to look at every option possible when it comes to improving the unit as a whole in 2015.