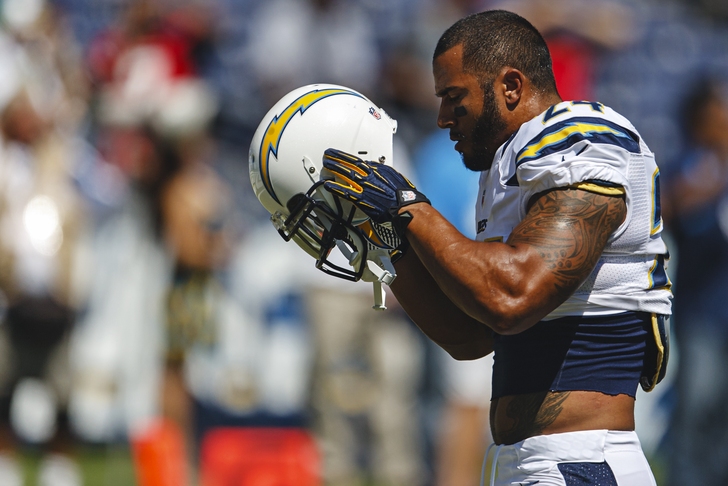 The San Diego Chargers may or may not re-sign running back Ryan Mathews, but one Chargers writer believes that the team should ignore the position altogether in free agency and focus their efforts elsewhere.

Here's John Gennaro of Bolts From The Blue with his thoughts:

Ryan Mathews is a special player, but he's not special enough. He has flaws, like health and occasional fumblitis. It would make way more sense to just let Donald Brown be the (random name) player that carries the "load" for the offense, and to switch the focus on short-yardage situations to short passes instead of runs up the gut.

Invite a bunch of undrafted free agents to camp and let one of them win that roster spot. Hell, maybe he can start if he's better than Donald Brown at staying healthy and not fumbling. However, never value the running back position as anything more than a nameless, faceless football player that is easily replaceable. Just like the Super Bowl Champions do.

Gennaro cites the example of the Super Bowl XLIX champion New England Patriots, who ran a backfield by committee nearly all year long and streaked all the way to a Lombardi Trophy.

Whether the Chargers are willing to emulate that tactic remains to be seen.