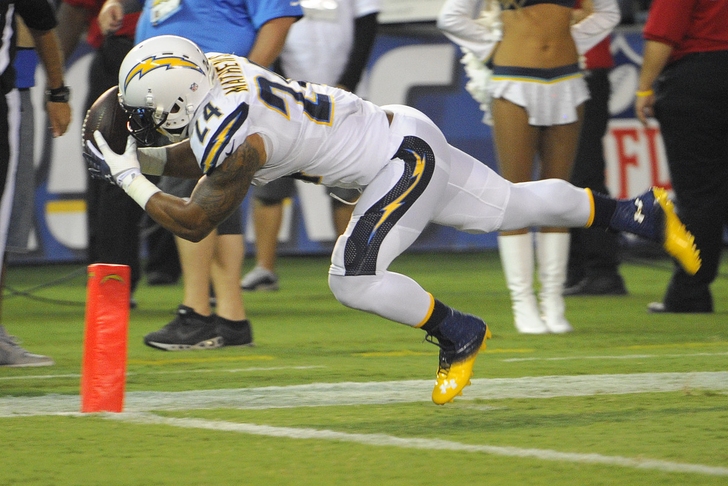 San Diego Chargers running back Ryan Mathews is being written off as being good as gone by many NFL analysts, but ESPN NFL insider Adam Caplan believes that a return to San Diego on a short-term deal could very well be in the cards.

“The leverage is clearly with the Chargers based on his injury history,” Caplan said, via ESPN's Eric D. Williams. “The one thing though in his favor is that they have no one who is ready to take over. They don’t have anyone. [Branden] Oliver is a nice story, but he’s more of a change-up. [Donald] Brown is a nice No. 2 back, a good third-down back, but he’s not a starting running back. “The committee thing is just not going to work. You’ve got to be able to run it. Running back is a position you can fill in the draft. You’d like to bring him back. I think he’d be better off taking a one-year deal with the Chargers, having a great season and seeing what he can do. He’s still a young running back.”

Mathews appeared in just six games in 2014 due to an early MCL sprain and a late ankle injury, amassing 330 rushing yards and three touchdowns on 74 carries.