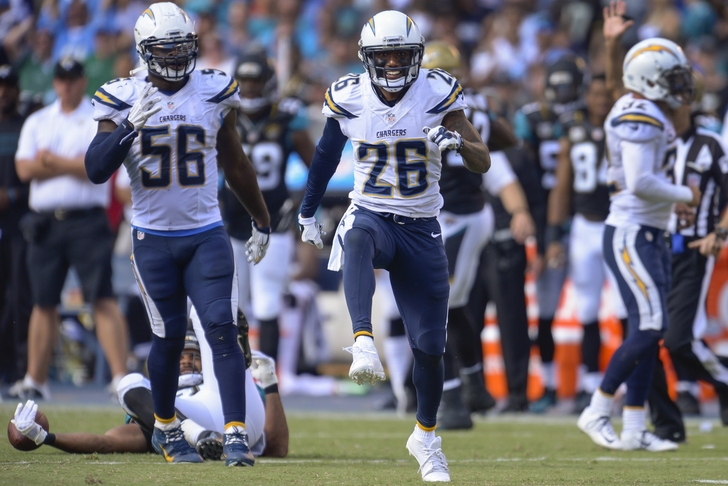 The San Diego Chargers have plenty of decision to make this offseason and an estimated $23.8 million in cap space to make those decisions with. According to Bolt Beat's Sam Kweon, GM Tom Telesco's first act should be locking up free-agent cornerback Brandon Flower long-term:

First of all Telesco, lock up Flowers. I really don’t care if you give him 7 million dollars a year, but don’t try to replace the star cornerback with another Derek Cox.

Second, restructure Eric Weddle (and Philip Rivers) contract to long term deals. That should be enough to keep them both in San Diego AND get some significant cap money.

Kweon has other plans in mind such as cutting linebacker Jarret Johnson and using the cap space to go neck deep into the pool of defensive free agents set to hit the market.

However, Flowers may very well be Plan A with how much of a major bargain he provided at $3 million total in 2014.