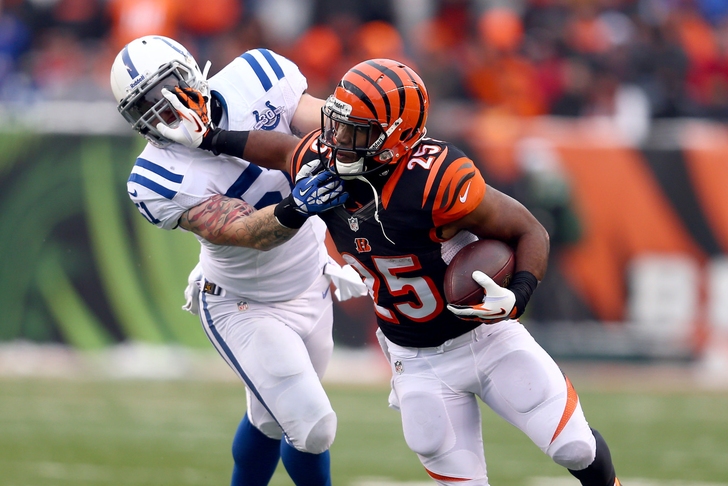 The San Diego Chargers are in need of help in the running game, and one NFL writer believes that the time is now to target a trade for Cincinnati Bengals halfback Giovani Bernard.

Here's Rant Sports' Jonathan George with his thoughts on the matter:

The Chargers should try to work out a trade that would send Donald Butler to the Bengals for Giovani Bernard. Butler has had several good seasons for the Bolts, and until this past season he was their main leader on defense. His stats were pretty good for a full time linebacker in the NFL until he injured himself this year; he was normally over 70 tackles and averaging a pick with a couple of forced fumbles each season. His instincts for where the ball carrier is headed are good, and he possesses enough size to play ILB in a 3-4 and a 4-3 defense. But he seems to be struggling in John Pagano’s defense lately and could use a new team to re-energize his career.

Bernard was scheduled to be the starter at running back for the Bengals this year, but rookie sensation Jeremy Hill took over and never looked back. Still, with limited action, Bernard averaged over four yards a carry and scored eight TDs combined rushing and receiving. He recently signed a new contract that pays him closer to starter money, but with Hill playing the way he is, it would be surprising to see Bernard stick around as a full-time RB.

If Bernard is made available, don't be surprised if the Bolts at least consider something in this vein - especially if Ryan Mathews doesn't re-sign on a short-term deal.