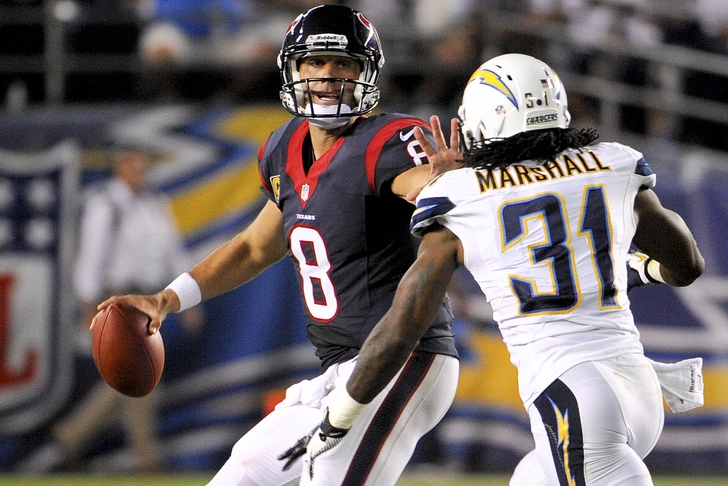 Per Florio, "by cutting Marshall today, the Chargers actually did him a favor.  After Tuesday’s trade deadline, the ninth-year veteran would have been subject to waivers.  Instead, he’s a free agent."

It is also possible, Florio posits, that the team dangled the nine-year pro in trade scenarios with no luck in regards to moving his contract. His current deal calls for a total base salary of $1.167 million. Marshall can now be signed by any of the NFL's other franchises for the veteran minimum.