Chargers News: Richard Sherman Refused To Talk To Media After Being "Exposed" 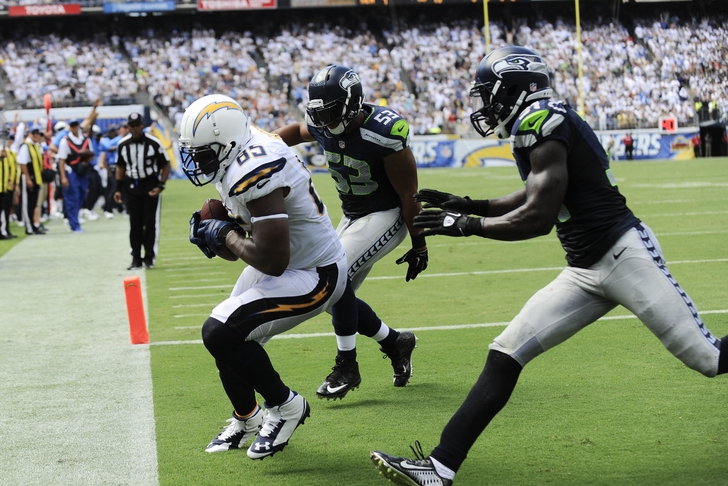 Per Zack Cox of NESN, "Philip Rivers was 4-for-4 for 56 yards on passes directed toward the All-Pro cornerback, according to NFL Media’s Gregg Rosenthal, leading some Chargers to claim after the game that they had “exposed” Sherman."

Sherman chose not to talk to the media after the loss, but did address the Chargers' claims on Twitter Sunday night:

Actually, that would be four passes at 14 yards a pop.

Whether or not Sherman was actually "exposed" or the Chargers were just engaging in a bit of gamesmanship, the fact remains that the scoreboard read 30-21 Chargers at the end of the day - a huge victory for a San Diego team coming off a heartbreaking Week 1 loss in Arizona.