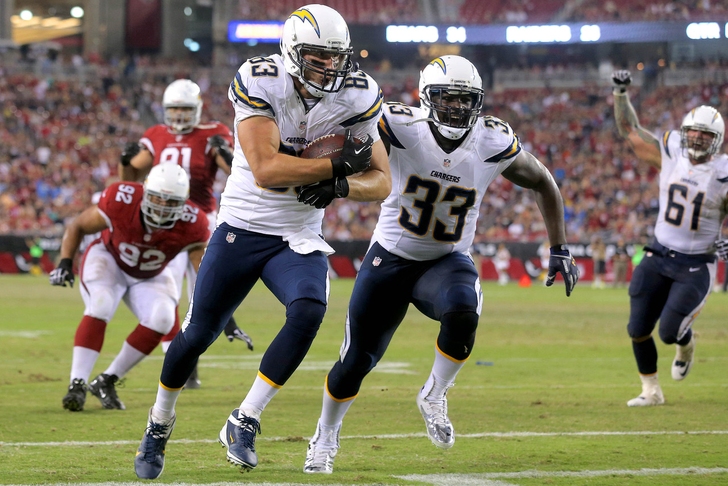 In this Chargers news and rumors update, the San Diego Chargers are happy to have reserve tight end John Phillips back in the mix following a season-ending ACL tear in December of last year.

Per Eric D. Williams of ESPN.com, offensive coordinator Frank Reich believes that Phillips represents a window back to an earlier era of tight end play in the league.

Despite only having four receptions for 30 yards (in 228 snaps) in 2013, Williams provided value to the Bolts' offense on several levels.

His offensive skill set aside, Williams' biggest impact will likely be in special-teams coverage - an area that he has regularly excelled in throughout his football career.

“He’s a very versatile player, and obviously he’s great on special teams. He just brings that tough, mental attitude to the table," Reich stated. "So it’s great having him back at full strength.”

All of this adds up to a ton of potential playing time for Phillips, as long as he can stay healthy.