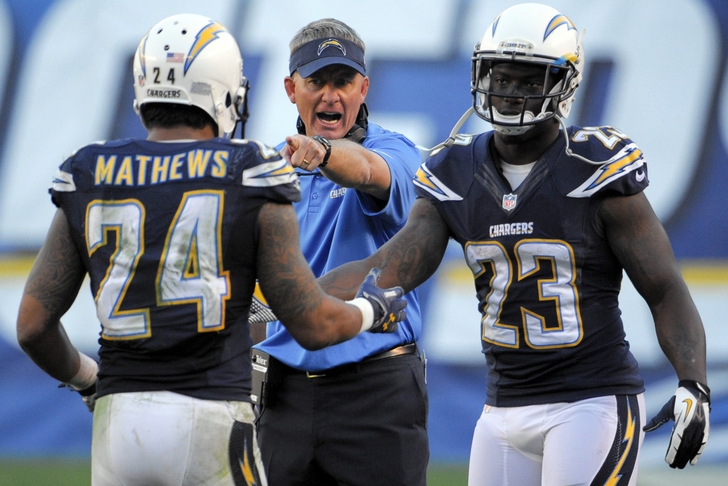 Despite losing running back Ryan Mathews to the Philadelphia Eagles in free agency, San Diego Chargers head coach Mike McCoy is of the mind that the team doesn't need to add another running back at this point.

"We could win with the three guys we have right now; I believe that," coach Mike McCoy said of the team's current depth of Branden Oliver, Danny Woodhead, and Donald Brown, per U-T San Diego. "We're going to play them all. They're all going to play in their own way. We'll see what happens through the draft and the rest of free agency with what's available."

GM Tom Telesco agrees with McCoy, citing both ability and past resumes.

"Branden Oliver can be a starter in this league," general manager Tom Telesco said. "Donald Brown has been a starter. ... We know what Danny can do. We have three great guys. I'm not saying we wouldn't add somebody, but we don't need to."