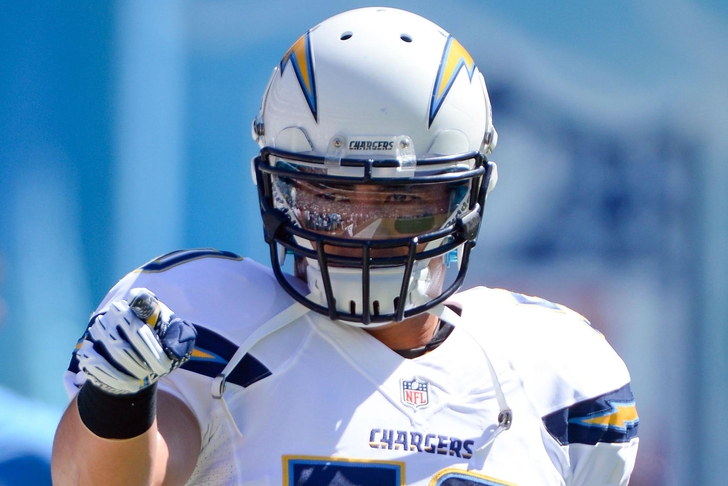 In this Chargers news and rumors update, linebacker Manti T'eo will be out of action on Sunday when the San Diego Chargers visit the San Francisco 49ers due to a foot sprain suffered during last week's preseason tilt with Seattle.

Despite what was a sketchy performance at best for the Chargers defensive against the Seahawks, defensive coordination John Pagano has been impressed by T'eo's body of work this season - especially one particular instance in the Bolts' preseason opener against the Dallas Cowboys.

"Everything slowed down for him," Pagano told the San Diego Union-Tribune, via Terry McCormick of 247Sports. "I think probably one of the key moments was when he saw that screen in the Dallas game. The way he was able to read it and react to it -- those are things that, he has great instincts. And you see it on the practice field, breaking on the football, getting back and getting set up, and seeing run keys."

With T'eo likely out until the regular season, the real test for the second-year player's growth will be when the games start counting on September 8th.