Chargers News: Donald Butler's Season "Getting Better" As It Goes Along 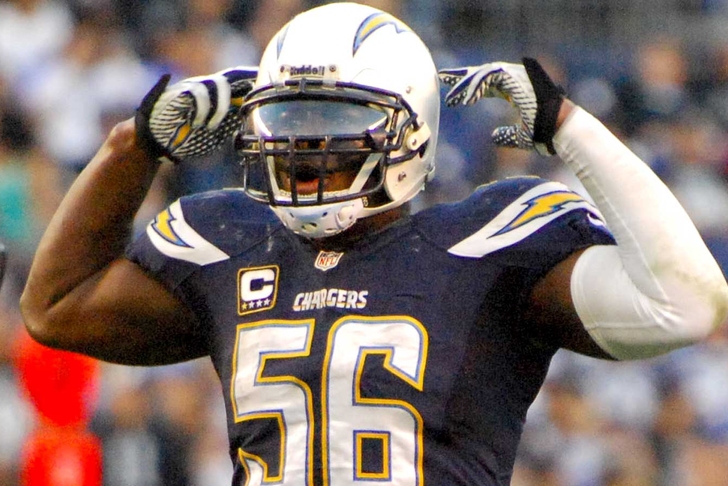 For the latest Chargers news and rumors, download our 5-star iPhone app today!

After a start to the season that fell well below his expectations for himself, San Diego Chargers inside linebacker Donald Butler has been picking things up over the last three games.

“It’s gotten better,” he said, via Eric D. Williams of ESPN.com. “Initially, I started a little slow, which sometimes is going to happen. But it’s getting better.”

After moving back to the weakside inside linebacker position, defensive coordinator John Pagano has seen a marked improvement in Butler's confidence and play.

“He’s really come on these last three weeks,” Pagano said. “I think every time that guys early on when you start out, maybe you try and press a little bit too much and things happen. And you just try and tell them to really just play the game, calm down and go after it."