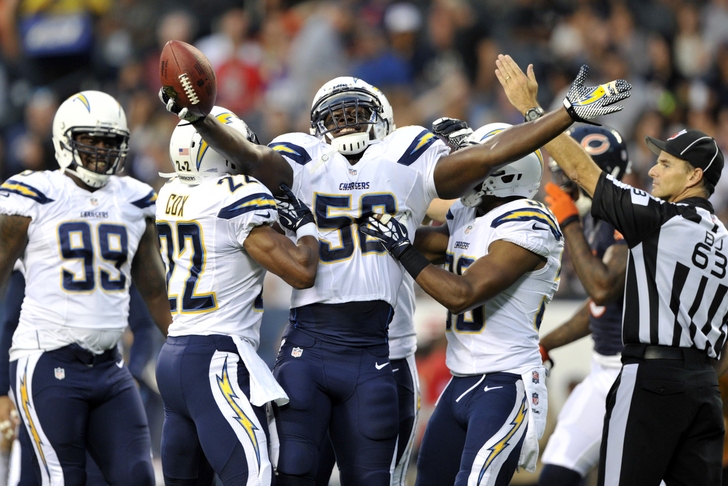 After a spotty start to the 2014 NFL season, San Diego Chargers linebacker Donald Butler has no problem judging his own performance with an honest eye.

Butler made a couple of nice plays in each of the Chargers' last two games, but has not been the dominant force that San Diego expected when handing him a $11.15 million signing bonus back in March.

Regardless, head coach Mike McCoy isn't worried about Butler's performance as of yet.

“The defense as a whole has played well,” McCoy said when directly confronted with questions on Butler's performance this year. “It’s not just one guy ever. You look at the whole equation.”

“We’re doing what we think every week is best for the football team,” McCoy added.

What's best in McCoy's eyes is sticking with Butler, especially with the team's depth lessened by Manti T'eo's recent foot fracture  an injury that will keep him out of action indefinitely.