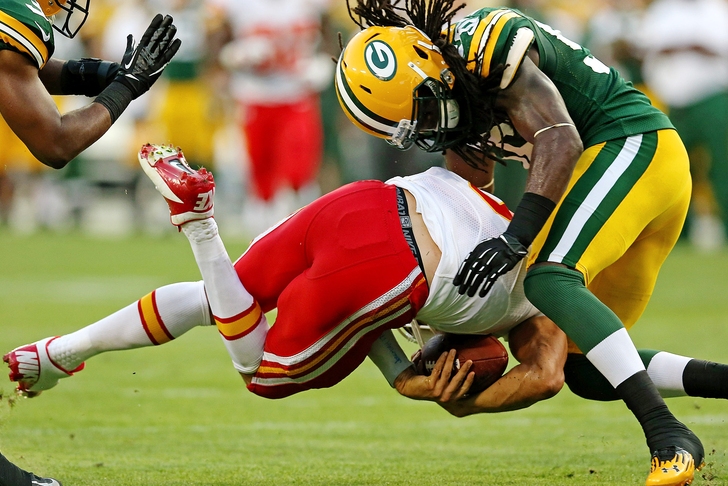 Linebacker Terrell Manning wasn't a part of Chargers news for long, promptly being waived today after being claimed off waivers by the San Diego Chargers last summer.

Per Darin Gantt of Pro Football Talk, Terrell Manning appeared in just one game with the San Diego Chargers during the 2013 NFL season while mostly being relegated to San Diego Chargers' practices and the bench.

In truth, this setback for Manning will probably come as a piece of cake for a guy who "battled back from a parasitic infection which caused him to lose 20 pounds during training camp, but came back to contribute as a special teamer."

Manning does have some value on special teams, and can be used in a pinch at linebacker for a team with depth issues in their front seven -- so Manning should be able to find at least a practice squad gig, if not a full blown roster spot this summer.

Your Chargers news whenever and wherever you want it. Download our new Chat Sports iPhone app, and follow our Chargers team page today.