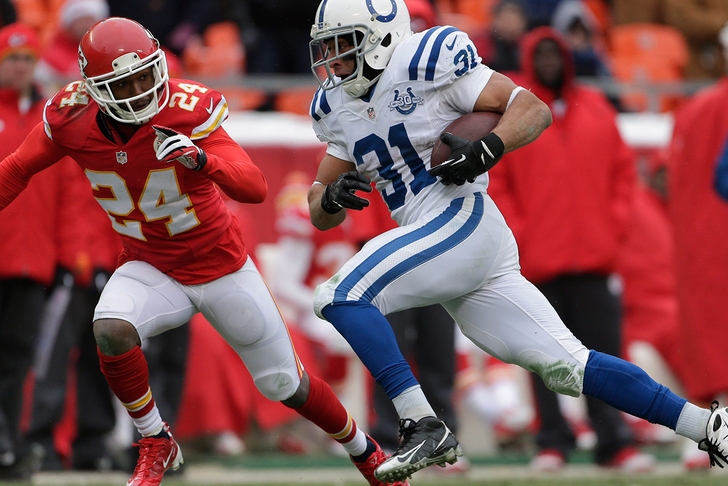 In today's Chargers news update, the San Diego Chargers have been named by one writer as a potential landing spot for recently-released Pro Bowl cornerback Brandon Flowers.

According to Bleacher Report's Gary Davenport, the problem is that the team only has about $2 million in cap space to take a shot at signing Flowers. However, if they could find a creative way to facilitate such a move, Davenport thinks they should jump on the opportunity.

"That doesn't mean they shouldn't try," Davenport writes. "Yes, the Chargers drafted TCU's Jason Verrett in the first round of May's draft. However, Verrett isn't a miracle worker, and the Chargers didn't place a cornerback in PFF's top 90 last year."

Another potential benefit of signing Flowers would be the fact that he is, just like Verrett, an undersized defensive back. Having the experience of becoming a top NFL quarterback despite what scouts would term as "ideal size," Flowers could potentially do wonders for Verrett if he was willing to take on a mentoring role.

Either way, the Chargers would have to do a lot of work on their books in order to make this a reality.