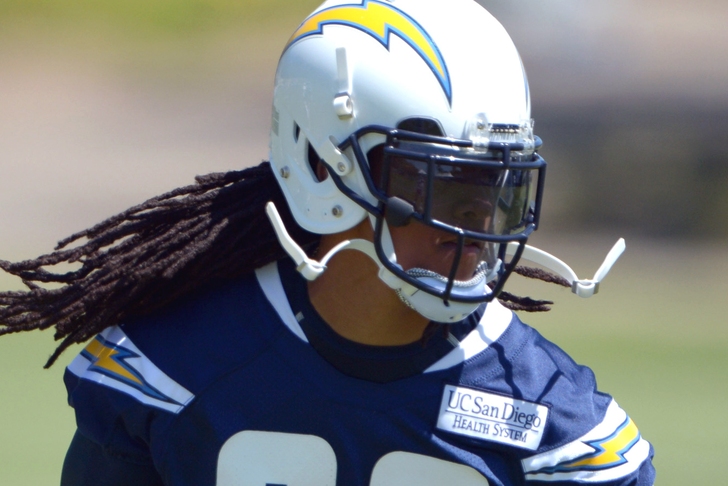 San Diego Chargers cornerback Jason Verrett will miss one game if not more with a torn labrum in his left shoulder.

The 2014 first-round NFL Draft pick originally hurt his shoulder in the team's victory at Oakland on October 12th. He re-aggravated the injury in the second quarter of the team's loss to the San Diego Chargers last Thursday night, spending the second half on the sideline with his arm in a sling.

"No, not at all," Verrett said when asked if was a mistake for him to play against the Broncos, via Bernie Wilson of U-T San Diego. "My goal is to always be ready every week. I tested it out pregame. I felt great. I just was trying to go out there because we were kind of short at corner. I just wanted to help my team."

Verrett spent the majority of his senior season at TCU playing with a torn labrum in his other (right) shoulder. He had that surgically repaired back in March.

"It's definitely frustrating just because I was coming off one that I had to deal with in college," Verrett said.

"It comes with the game."