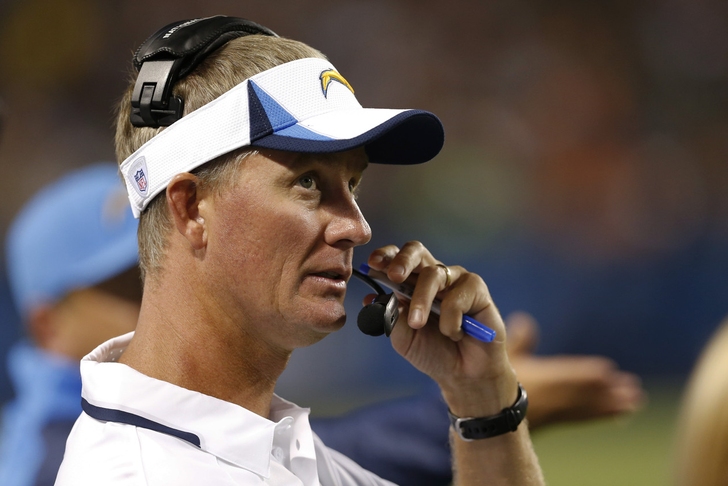 In today's Chargers news update, San Diego Chargers fans are buzzing about one of the most dynamic and earth-shifting offseasons in team history - a feeling which one Chargers beat writer believes that fans should experience with a sense of caution.

Per John Gennaro of Bolts From The Blue, there are a healthy amount of parallels between this offseason and the 2008 offseason which led into an 8-8 season that saw them sneak into the playoffs.

Both incarnations of the Chargers sport a new coach returning from a successful first season, a potential breakout star at wide receiver, a talented young tight end, and Philip Rivers manning the ship - comparisons which cause Gennaro to preach cautious optimism to a very happy fan base:

"For now, let's try not to get ahead of ourselves," Gennaro writes in an article posted on Friday. "This offseason isn't all too different from the 2008 offseason. Mike McCoy's first year isn't better than Norv Turner's first year. Tom Telesco's first few years don't put him lightyears ahead of A.J. Smith. The Chargers, and the fans, have been down this road before."

"It's a good road to be on, but it doesn't guarantee that you'll get to where you're going."