3 Players The San Diego Chargers Are Likely To Draft In The 1st Round Are... 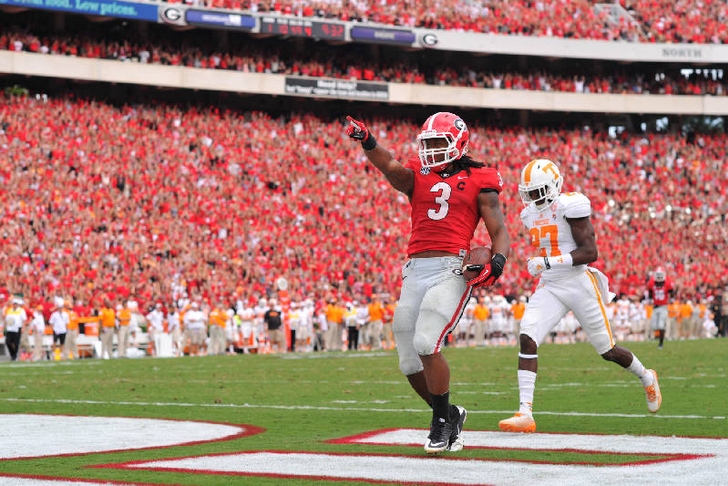 The San Diego Chargers barely missed out on the playoffs with a 9-7 record, but still have some areas they need to address to become a consistent playoff team. Here’s where the Chargers are most likely to go with their first pick in the draft:

Ryan Mathews is now on the Philadelphia Eagles, and the quartet of Donald Brown, Danny Woodhead, Ronnie Brown, and Branden Oliver won't get it done. Gurley is recovering from a torn ACL, but his combination of size, speed, and power give him the potential to be one of the elite backs in the league for a long time. If Gurley is off the board - or if the Chargers are scared off by his injury - it wouldn't be a surprise to see them go after Gordon. He ran for 2,587 yards and 29 touchdowns last year for Wisconsin, and he fell just a few yards short of Barry Sanders’ record for most all-purpose yards in a single season. He doesn't have the same physical tools Gurley does, but all signs point to him having a very successful career. San Diego was the fourth-worst team at rushing the quarterback in the NFL, and team sack leader Melvin Ingram had a ground-breaking 4.0 sacks. The Chargers haven't re-signed Dwight Freeney, so finding an elite pass rusher for their 3-4 defense has to be the top priority. Dupree had the athleticism to play either outside linebacker or defensive end, and has the skills to make an immediate impact.