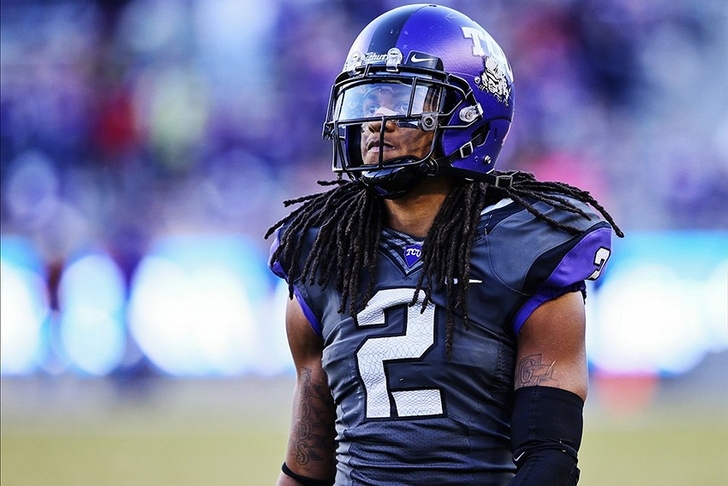 With the 25th overall pick in the 2014 NFL Draft, the San Diego Chargers have selected Jason Verrett out of TCU.

TCU’s Jason Verrett was awarded co-Big 12 Defensive Player of the Year in 2013, amassing 39 tackles, 14 passes defensed, and two interceptions. He also had one forced fumble, one sack, and 3.5 tackles for a loss in 11 starts. This was on the heels of leading the Big-12 with six interceptions in 2012. Verrett also left his imprint on the NFL Combine, ranking in the top-tier of cornerbacks in the 20-yard shuttle (4.00), the 40-yard dash (4.38), and the vertical jump drill (39”), amongst others.

Verrett’s quickness and explosiveness off the snap makes him extremely hard to read for both receivers and quarterbacks. His athleticism bleeds over into everything he does on the field, twitching and spinning his line of vision to keep an accurate read on the ball both in the quarterback’s hand and in flight. He shows extreme effort in run support as well, and in general displays the drive necessary to be a top-level cornerback at the next level.

Check out Jason Verrett's highlight video for a closer look into what he brings to the Chargers: