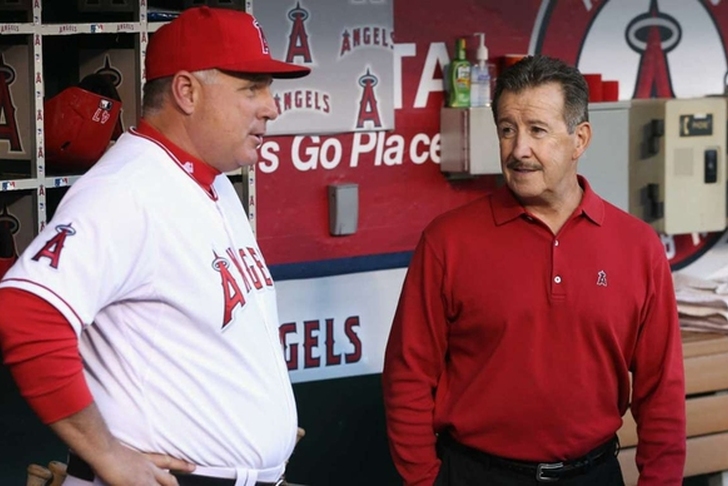 Sometimes the MLB Trade Deadline is overblown (ok, all the time), but there's still something to be said for those who address their needs with gusto and those who muck things up with inaction and/or organizational mishaps. The Los Angeles Angels currently fall in the latter category. Here Why The Angels Front Office Gets An F At The Trade Deadline.

Conor Gillaspie's serviceable 2014 season belies the fact that he's a 28-year-old replacement level player that may be the definition of interchangeable. Shane Victorino's a great guy by all accounts, but his best days are long past him at the plate. For all the hype around the Angels, the metrics reveal a middle-of-the-road offense (more on that later) and an average bullpen who consistently get bailed out by an overachieving rotation. Gillaspie and Victorino barely move the needle at all.

The Rise Of The Astros

While the Los Angeles Angels' trade deadline dealings were a duck fart in the wind, the Houston Astros' deadline run may very well be enough to send the Angels packing for a win-or-die AL Wild Card game. The Angels' offense isn't as productive as people think (22nd in the Majors with a .250 AVG, middle-of-the-pack run production) and Conor Gillaspie's .660 OPS isn't going to improve things. With the Astros' adding a complementary ace (Scott Kazmir), a mid-rotation standout (Mike Fiers), and a productive two-way center fielder (Carlos Gomez) to their way-ahead-of-schedule youth movement, the Angels' AL West window may slowly be creaking shut. The Astros are simply the better team right now.