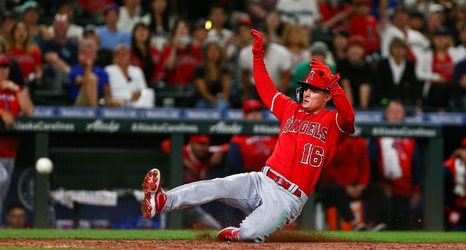 Los Angeles Angels outfielder Mickey Moniak has a fracture to the tip of his left middle finger that will sideline him, but he hasn't been ruled out for the rest of the season.

X-rays revealed the injury after he took a pitch off his finger while attempting a bunt Saturday night in the second game of a doubleheader against the Seattle Mariners, which the Angels won 7-1.

Moniak, who was acquired by the Angels at the trade deadline in the deal that sent Noah Syndergaard to the Philadelphia Phillies, also received stiches to his finger.