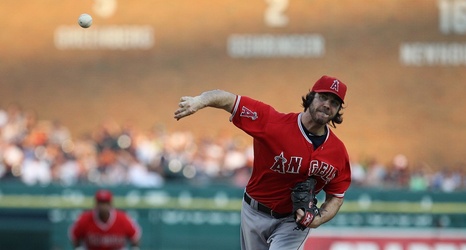 Dan Haren was an amazing pitcher before coming to the LA Angels while pitching for the Athletics, and Diamondbacks before coming to the Angels in a huge trade. It was a trade that saw many Angels prospects being dealt including Rafael Rodriguez, Patrick Corbin, and Tyler Skaggs.

While he pitched some really good starts while with the Angels, the Angels didn’t make the postseason in any of the years he pitched with them which were 2010-2012. During those years, I started becoming more interested in baseball and while I started picking it up more in 2008, I was fully interested during the years Haren pitched for the Angels.