Taylor Ward reports to Angels camp with the catchers 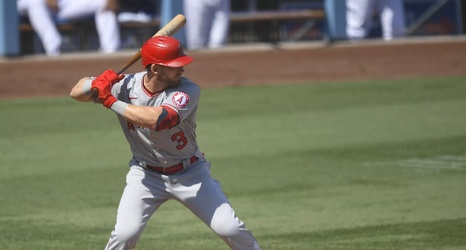 Angels cornerman Taylor Ward reported to spring training in Tempe along with the catchers, with the hopes of increasing his versatility.

“This guy has already shown he can play all the outfield positions, and I think he’s gotten better at first base,” Angels manager Joe Maddon said on a conference call Thursday. “From what I saw last year when we did it briefly, this guy can catch a little bit. If you give him opportunity right now, he might show you more than you think.”

The Angels had Ward work with catching coach Jose Molina last year, though he didn’t get into any major league games at the position.