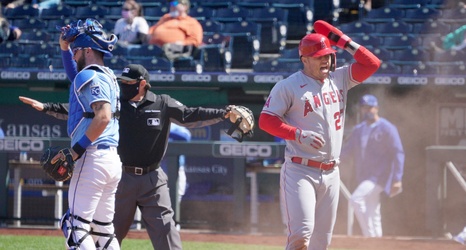 The Angels dropped their second game in a row to the Royals, as the bats went ice cold. The offense only had five hits, as they fell the series-finale to Kansas City, 6-1.

LA’s lone run of the game came in the sixth inning. Mike Trout singled, and then came home to score on a double from Jared Walsh, cutting their deficit from two to only one run. Unfortunately, the Angels couldn’t keep the rally going, as an inning-ending double play from Jose Iglesias ended the frame.

For the game, the Angels were 0-for-9 with runners in scoring position and stranded nine runners on base.