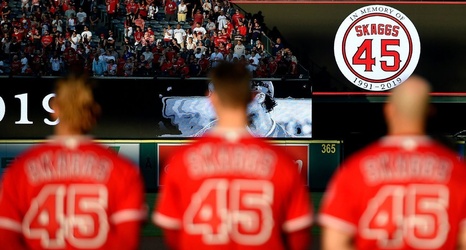 FORTH WORTH, Texas -- The medical examiner who did the autopsy on Tyler Skaggs in 2019 -- and ruled his death accidental -- testified Thursday that he could not say for certain that the dangerous opioid fentanyl is what killed the 27-year-old pitcher.

How the jury interprets that testimony is crucial in the government's case against Eric Kay, the former Los Angeles Angels communications director who is fighting felony charges that he distributed opioids and caused Skaggs' death.

Skaggs was found dead in a Southlake, Texas, hotel room July 1, while the team was in town to play the Texas Rangers.