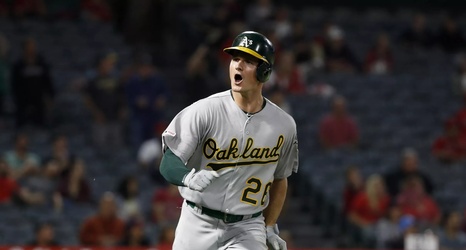 It seems the Angels are not big fans of Team Chaos. Had the Angels won, three teams (Oakland, Tampa Bay, and Cleveland) would now separated by just 1.5 games for the two Wild Card spots. Should all three tie, there would be two games before the Wild Card game to determine which of the three advances to the Division Series. Instead, Oakland remains in the catbird’s seat.

Frankie Montas returned to action for the Oakland A’s after having been suspended for 80 games for PED use. In the event of Team Chaos, Montas would be allowed to pitch, because the games before the Wild Card games are not deemed part of the postseason.