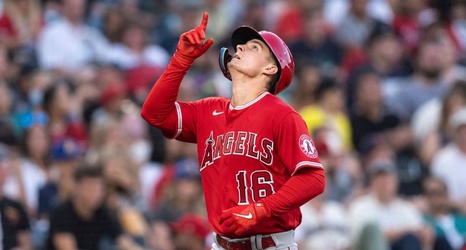 Los Angeles Angels outfielder Mickey Moniak had to leave the second game of a doubleheader in Seattle against the Mariners on Saturday night after taking a pitch off his finger on a bunt attempt in the ninth inning.

Moniak, who was acquired from Philadelphia at Tuesday's trade deadline in a deal for pitcher Noah Syndergaard, went for X-rays, and Angels interim manager Phil Nevin was not expecting good news.

Moniak, the top pick in the 2016 amateur draft, hit his second home run in three days before the injury.