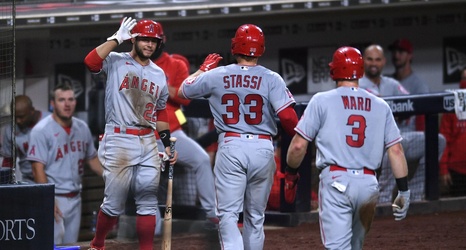 It was the Griffin Canning and Max Stassi show for the Angels on Tuesday night, keeping their faint postseason hopes alive with a 4-2 win over the Padres at Petco Park in San Diego.

Canning struck out a season-best 10 in six innings, keeping the Padres at bat despite walking five.

He was backed by Max Stassi, who hit a solo home run in the second inning then added a two-run shot in the sixth, both of San Diego starter Zach Davies. Stassi is hitting .