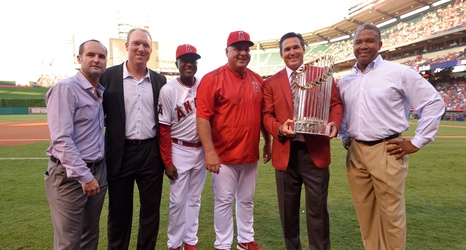 Do you remember Adam Kennedy? If you were a fan of the 2002 World Series Champions Angels - then you should.

Today, Adam Kennedy made a bold claim on Twitter that the Angels front office is weak. I captured a screenshot in case the Tweet gets deleted. The claim itself may not be that bold - but it certainly is when it comes from a former player of the organization he is calling out.

The Tweet, as you can see, was in response to Trent rush commenting that the Angels could be real contenders.