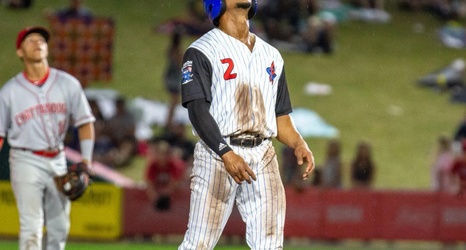 A doubleheader sweep in Rocket City and a come from behind victory in the Inland Empire highlighted a successful Thursday night down in the Angels farm system.

Much like the big league club did today, the 66ers completed a comeback victory in their game against the Lake Elsinore Storm, and it was largely powered by the bat of Bryce Teodosio. The Clemson product has been tearing it up since making his Low-A debut in late July, and he continued his hot stretch with three doubles on Thursday, which included one to tie the game in the bottom of the 8th and one to win it in the 10th.