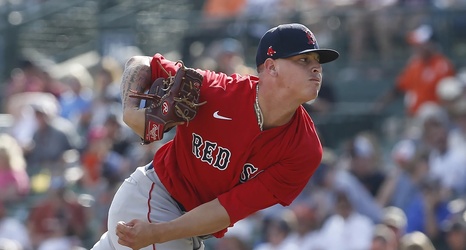 Thursday marked one of the finest starts in the young minor-league career of 2019 3rd rounder Jack Kochanowicz, as he spun six scoreless innings in his outing for Low-A Inland Empire, striking out five and only allowing three baserunners.

The 20-year-old Kochanowicz had struggled pretty badly to the tune of a 7.54 ERA across 13 starts in his first taste of professional baseball (he was shut down for the rest of 2019 after he was drafted like most Angels pitchers and missed out on 2020 because of the pandemic) this season leading up to this appearance, but he had it all working last night, recording nine of his 18 outs via the ground ball and limiting the opposing Visalia Rawhide (Diamondbacks) from getting any sort of traffic on the basepaths.