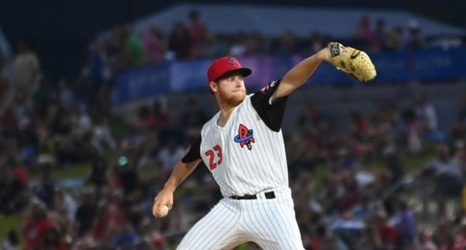 A couple of excellent pitching performances for Rocket City and Inland Empire and an attempt at avoiding the wrong side of history in Salt Lake highlighted what was a pretty eventful Friday night down on the Angels farm.

After going through 6.1 hitless innings in his last start, John Swanda again turned in an very nice performance on Friday, tossing seven scoreless innings with eight strikeouts and just six baserunners allowed while leading the 66ers to a victory against the Modesto Nuts.