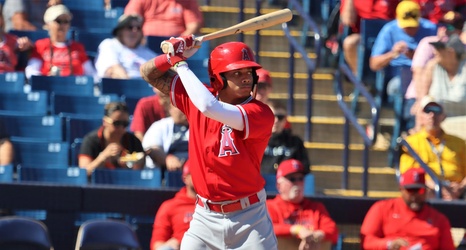 A 12-inning heartbreaker and a couple of offensive power outages highlighted the slate of games down in the Angels minor league system on Tuesday night.

As has been the case in a lot of their games recently, the Bees had some late game dramatics last night against the Tacoma Rainiers.

Tuesday’s contest started rather uneventfully, with both teams failing to score through the first four frames off of starters Brian Johnson and Darren McCaughan. The Rainiers drew first blood in the 5th inning, with Taylor Trammell singling up the middle to drive in two runs.