Extending Andrelton Simmons Should Be LA Angels Next Focus 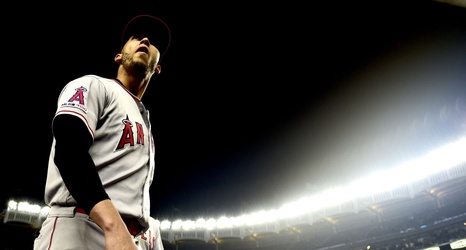 Obviously there’s still a need for starting pitching, but the LA Angels have at least put a band-aid on the problem. Now, Billy Eppler and the front office should refocus their attention on extending a potential future Hall of Famer for the second offseason in a row.

No, an Andrelton Simmons extension won’t involve a press conference between the hats at The Big A or any record-breaking numbers like Mike Trout’s did, but he’s an extremely important player for the Angels to keep in their clubhouse for the years to come.

The case against extending Andrelton Simmons is simple on the surface.