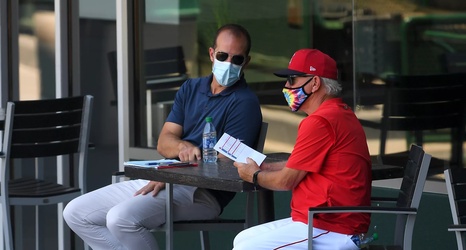 The Angels are a little past the halfway point of their season, but after a few days off caused by Hurricane Laura rampaging through Houston and beyond, it’s time to take a breather, and take stock of a season gone horribly wrong.

To that end, Jeff Fletcher at the Orange County Register assessed how the 10-22, worst-in-AL Angels, are staring down a fifth straight losing season and sixth straight without a playoff berth despite having the best player in baseball.

Among the relevant passages from Fletcher: