Angels Jose Molina is happy to be back home in Anaheim 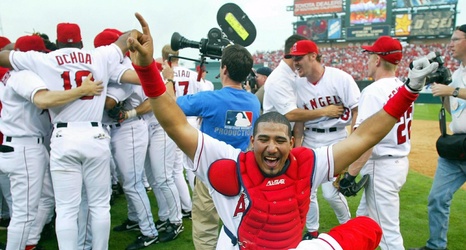 In Jose Molina’s second season in Anaheim with the Angels he was a part of the most special season in club history as the team won the first and to-date only World Series. Molina was one of two back-up catchers to his brother Bengie, with Jorge Fabregas being the other. The younger Molina made the Angels post-season roster and appeared in three games in both the ALCS and World Series as a late-inning replacement for Bengie.