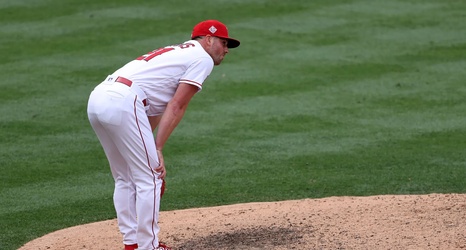 The Angels hit a season-high four home runs on Wednesday afternoon, but all were solo shots, and the Rangers hit two home runs of their own in the eighth inning, part of a bullpen meltdown to beat the Halos 7-4 at Angel Stadium in Anaheim.

Angels relievers have been a strength in the early going, but Mike Mayers struggled on Wednesday, after he recorded five outs on Tuesday. A pair of one-out walks in the eighth inning were followed by back-to-back home runs by Adolis Garcia and Nate Lowe, turning a 3-1 Angels lead into a 5-3 deficit.