Angels fall short in another slugfest with Diamondbacks 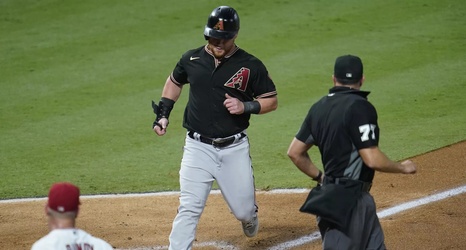 Dylan Bundy had the worst start of his otherwise stellar season, failing to complete the third inning in Wednesday night’s 9-6 loss to the Diamondbacks.

The first six batters of the second inning reached against Bundy — four singles and two walks — to plate four runs. After getting the first two outs of the third inning, successive singles ended Bundy’s night.

Bundy left with a 4-2 lead, but a walk and a single against reliever Hoby Milner charged two more runs to Bundy’s ledger. The six runs allowed were two more than Bundy has allowed in any start this season.