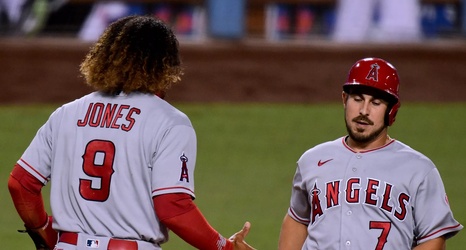 The Angels nearly completed a ninth-inning comeback on Saturday night. Entering the inning, they trailed by three runs. They were able to get the tying run to third inning, but their rally fell just short. Shohei Ohtani grounded out to end the game, as the Angels fell to the Dodgers, 7-6.

Dylan Bundy was scheduled to make the start for the Angels on Saturday. He hat a cut on his finger, and the team figured it would make sense to just let him rest and recover. Prior to the game, Joe Maddon said he would have been out there had this game still meant something for the Angels’ postseason hopes.