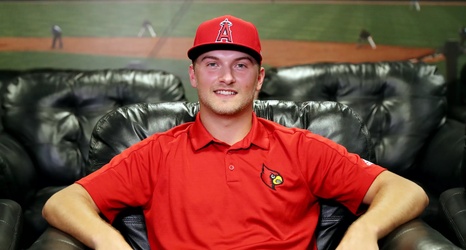 The Angels signed their first-round draft pick, Reid Detmers out of Louisville, on Sunday, and on Tuesday confirmed that the left-handed pitcher would be added to their club player pool, the list of up to 60 players who would be eligible to play in the majors this season.

Adding Detmers brings the Angels’ player pool to 56 players. General manager Billy Eppler told reporters Tuesday, “We wanted to make sure we leave ourselves open and flexible should the opportunity arise to acquire players, whether that’s via trade or waiver wire or if we want to sign a player to a minor league contract,” per Jeff Fletcher of the Orange County Register.