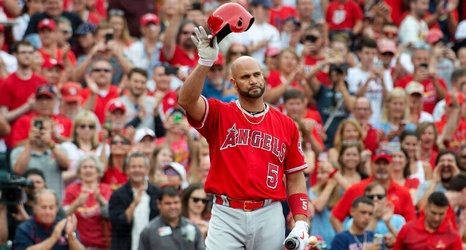 ANAHEIM, Calif. -- Albert Pujols woke up from a nap last Monday in Arizona to find several hundred messages and missed calls on his phone.

While he was sleeping, the Los Angeles Angels slugger's wife, Deidre, had put up a complimentary Instagram post about her husband that was widely interpreted to mean Pujols had decided to retire after this season, his 21st in the majors.

"Hey, that's the life we're living on social media," Pujols said Saturday with a chuckle. "It's sad that everybody just had to run with it."

The 41-year-old slugger quickly reiterated what he has been saying for months: He hasn't decided whether he will continue playing after the conclusion of his 10-year, $240 million contract with the Angels this fall, and he won't make or announce a decision until after the season.