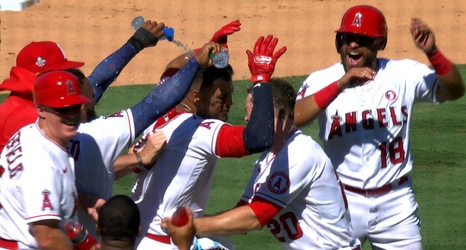 After his eight-year-long tenure with the New York Mets came to an unceremonious end in the middle of the 2020 season, Juan Lagares re-established himself on major league radars by absolutely tearing the cover off of the ball in both the Dominican Winter League and the Caribbean Series at the beginning of 2021. One of the teams that took notice of the outfielder’s mini resurgence was the Angels, who signed him to a minor-league deal with an invitation to Spring Training in early February. Once he reported to Tempe, Lagares was thrust into a competition for the club’s fourth outfielder spot against guys like Jon Jay, Scott Schebler and Taylor Ward, which he would go on to win pretty easily and earn a spot on the Halos’ Opening Day roster.